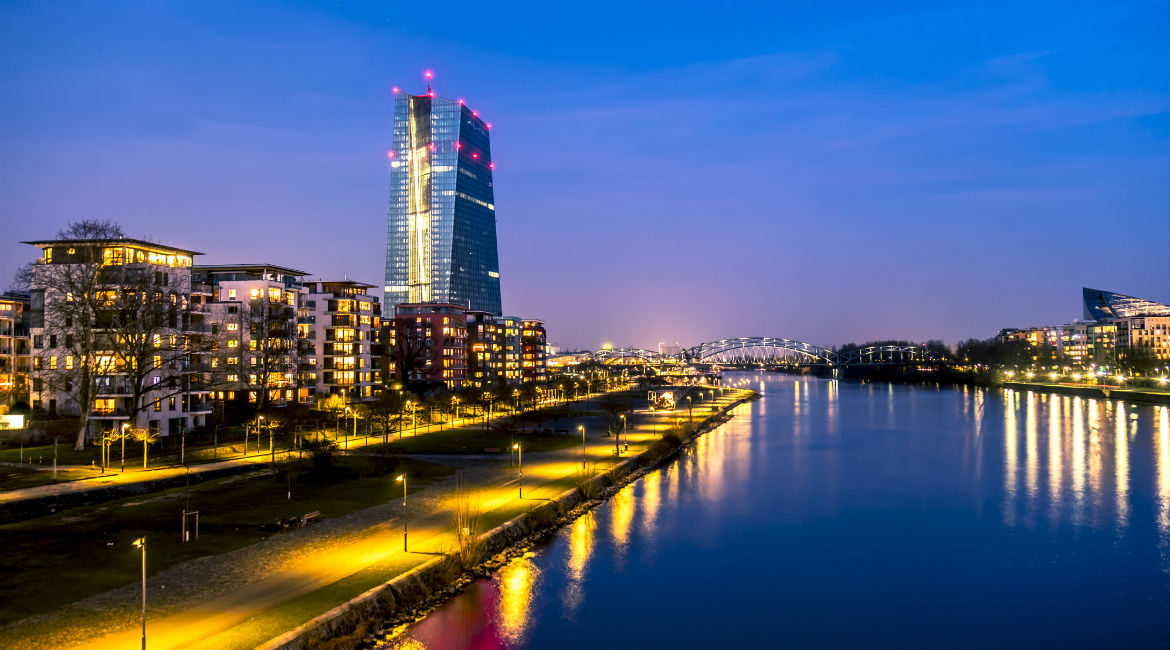 The European Central Bank (ECB) responded to macroeconomic pressures and the eurozone economy’s weak outlook by cutting benchmark interest rates by 10 basis points. Concluding the monetary-policy meeting in Frankfurt last month, the governing council announced a reduction in interest rates on the deposit facility by 10 basis points to -0.50 percent, in line with market expectations. The rate cut has taken the cost of maintaining deposits deeper into negative territory, although the central bank maintained the status quo on rates for refinancing and marginal lending facilities. The European Central Bank also announced the restart of its monthly asset-purchase program (APP) or quantitative easing (QE) on November 1, only a few months after shutting it down completely.

The rate cuts, although widely expected, were not convincing to all of the members of the governing council. Klaas Knot, president of the Dutch central bank, expressed his belief that the outlook is not weak enough to resume bond purchases, while the head of Germany’s central bank, Jens Weidmann, was of the view that a large stimulus may not be necessary for the current circumstances.

Bond yields across the euro area economies have been trading at record lows, indicating the possibility of additional easing and further rate cuts.  A large number of market experts, too, do not think the stimulus will be enough to support economic growth in the region.

Acting as the ECB chief during these consequential times, Mario Draghi has created history during his last days as the president of one of the world’s critical central banks, before he hands over the torch to President-elect Christine Lagarde at the end of October.

Key highlights of the ECB’s monetary-policy meeting in September

While the interest-rate cut was on expected lines, Draghi urged governments to act faster to revive decelerating growth in the eurozone region.

Following are some of the key highlights of the ECB’s monetary-policy action:

Some economists and business leaders were not very pleased with the ECB for reviving its QE program. The managing partner of the German firm Worléelashed out at the ECB, stating that the quantitative-easing program has led to distortions in the economy and should be terminated. He also said QE is leading to a real-estate bubble and is directly impacting pensions. Likewise, the chief economist at Capital Economics, Andrew Kenningham, remained doubtful that the actions of the ECB will reboot the economy or increase inflation to 2 percent.

US President Donald Trump was also quick to react to the ECB’s monetary-policy decision. In a series of tweets, the President stated that the eurozone is acting faster and succeeding in deliberately depreciating the euro against the dollar, thereby hurting US exports. He also added that the US Federal Reserve was not taking any action and demanded that the US central bank should follow the ECB by slashing interest rates in the US to below zero percent.

In response, Draghi pointed out that he is only following mandate, and policymakers are pursuing price stability and not targeting exchange rates. Draghi also warned that there is a commitment by G20 countries to not indulge in depreciation of the currency. He also mentioned that eurozone economies were in dire need of tax cuts and increased spending to avoid a crisis.

Euro rises against the dollar

Following the ECB meeting, the euro initially slumped against the majors before pulling back to end the day’s session with gains. Against the greenback, the euro settled with gains of about 0.50 percent, while against the Japanese yen, the euro ended 0.75 of a percent higher. Likewise, Europe’s single currency closed about 0.45 percent higher against the pound sterling and the Aussie.

The ECB’s asset-purchase program is comparatively modest compared to its previous program, which the central bank halted last year after buying about €2.5 trillion in debt since 2015. With the global trade war sapping consumer confidence and pulling down inflation, quite a few economies in the eurozone, including Germany, are staring at a possible recession. However, the question on everyone’s mind is, “How far will the ECB go with its fresh stimulus?” During this strategic meeting, ECB President Mario Draghi made it clear that the central bank has done everything possible within its framework, and it is now time for individual governments to step up.

The next ECB monetary-policy meeting, and Mario Draghi’s last, is due to be held on October 24, 2019.