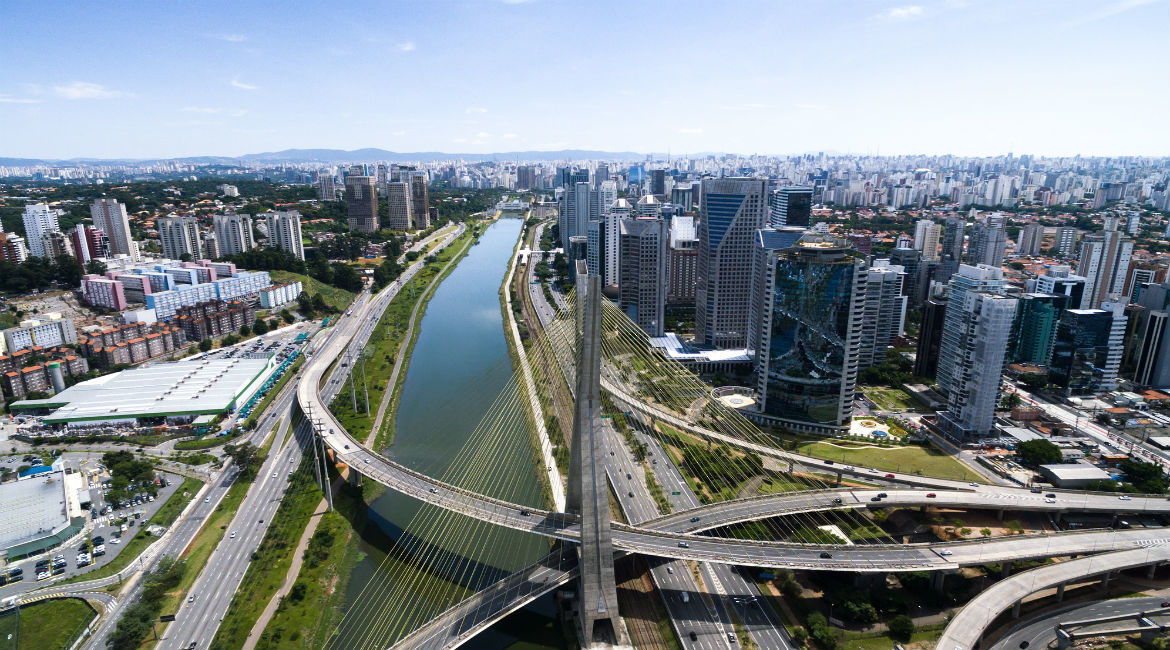 The country’s trade surplus, meanwhile, widened to an 18-month high of $6.64 billion in December of last year from $5 billion in December 2017. Month-on-month, it was the largest surplus since June 2017. Exports surged 11.1 percent in December, led by double-digit growth in shipments of primary goods such as soybeans, crude oil, iron ore, corn, coffee beans and meat, while exports of soybean meal rose about 158 percent. Exports of semi-manufactured products rose by a meagre 1.3 percent due to a 27.8-percent drop in the shipments of raw sugar. Likewise, exports of manufactured goods declined by 2.4 percent as vehicle shipments fell by a whopping 62.4 percent. The total value of exports weakened to $19.55 billion in December from $20.92 billion the previous month, with China and the countries in the ASEAN (Association of Southeast Asian Nations) region accounting for almost 90.0 percent of the South American country’s export market.

On the import front, Brazil reported a 2.5-percent growth in imports for December, led by fuels, lubricants, capital and intermediate goods. The United States and Argentina were the two major import partners for Brazil in December, even as imports from China, ASEAN and Europe slumped. Month-on-month, imports slid to $12.92 billion from $16.86 in November of last year.

For the year from January to December 2018, Brazil’s current account deficit more than doubled to $14.51 billion from $7.23 billion, as economic growth spurred demand for goods and services from abroad. Imports jumped 21 percent while exports registered a modest 10-percent growth, narrowing the trade surplus from $64 billion to about $53.6 billion as a host of investor-friendly measures including tax incentives and market-friendly policies by President Jair Bolsonaro’s government continue to spur foreign investment, making Brazil one of the most sought-after long-term investment destinations among emerging markets.

Foreign direct investment (FDI) continued to flow into Brazil, with the country reporting inflows of almost $9 billion in December of last year, higher than the $3.1 billion in the same month the previous year and slightly below the $10.27 billion recorded the previous month. According to the Central Bank of Brazil, the country attracted $88.3 billion dollars in foreign direct investment in 2018, the highest since 2001. FDI inflows have broadly contributed to about 4.7 percent of the nation’s gross domestic product (GDP), in spite of foreign investors withdrawing $4.265 billion from Brazilian financial markets in the 12 months to December 2018, the highest in the last 10 years.

Brazil is currently the ninth largest economy in the world with a GDP of about $2.52 trillion. The country’s ratio of current account deficit to GDP stood at 0.77 percent in 2018, more than doubling from the 0.35 percent in 2017. Although economists remain comfortable with the CAD at current levels, some market experts believe the country’s ratio of CAD to GDP will widen to 1.3 percent this year and 1.7 percent in 2020, putting pressure on the country’s external accounts. Brazil’s debt-to-GDP ratio is the tenth highest in the world, with gross government debt at 74.04 percent of GDP in 2017. Led by Japan, with a debt-to-GDP ratio at 253 percent, the other countries making the top 10 list include Italy, Singapore, the United States, Spain, France, Canada, the euro area and the United Kingdom.