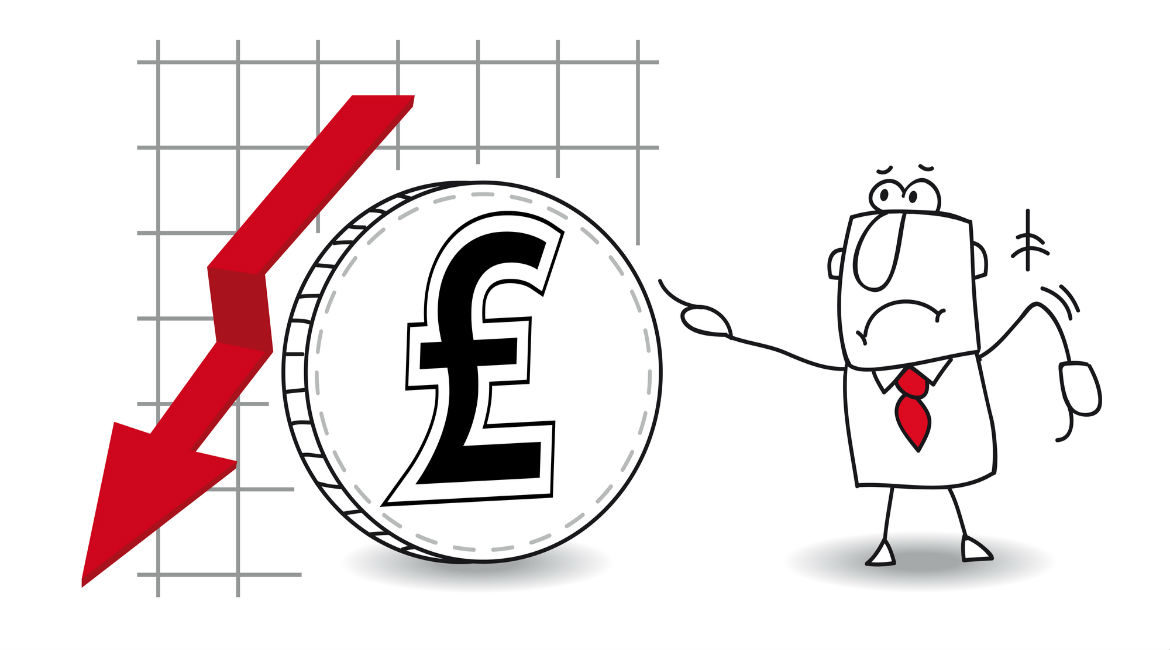 The hardline stance from Britain’s leaders spooks traders, as selling of the pound sterling continues unabated.

The pound sterling fell to 27-month lows against the greenback on July 16, after Boris Johnson and Jeremy Hunt, frontrunners to succeed outgoing UK Prime Minister Theresa May, hardened their Brexit pitches over the Irish backstop. In the final leadership debate hosted by The Sun and talkRADIO, the two Conservative Party candidates, in a bid to outdo the other as the bigger Brexiteer, slammed the backstop agreement. This clause is a key component of Theresa May’s withdrawal agreement with the European Union (EU) and would keep the United Kingdom locked in a customs union post-Brexit until a free trade deal between Britain and the EU comes through. While Johnson stated that the backstop can’t be fixed but could be made “time-limited”, Hunt disagreed, saying that the backstop is dead and no amount of tweaking will solve the problem. The sell-off in the pound sterling gained traction after reports that Johnson is looking to suspend Parliament for two weeks in October and begin the new parliamentary session in November, thereby making it impossible for Members of Parliament (MPs) to vote before the Brexit deadline on October 31. With both prime ministerial candidates in favour of abolishing the Irish backstop, the pound is feeling the heat, with traders increasing their bets in favour of a no-deal.

EU sources are certain that any Brexit plan by Boris Johnson or Jeremy Hunt would be rejected outright by the European Union and that the next prime minister travelling to Brussels with a proposal that excludes the Irish backstop will be told in no uncertain terms that such a deal amounts to a no-deal. In the absence of an agreement, the EU will consider Britain as a third country for all purposes, and the trade rules governing their trade relationship will change from those for countries within the eurozone to those of the World Trade Organization (WTO). While Britain currently trades with the rest of the world as an EU member, a no-deal would not only impact Britain’s trade with the EU but with its other trading partners as well, unless the country inks new trade agreements with its allies.

According to official trade data from the UK, the eurozone continues to remain Britain’s largest trading partner, accounting for about 44 percent, or £274 billion, of the country’s exports in 2017—while imports from the 19 countries in the eurozone amounted to around £341 billion, or 53 percent, of Britain’s total imports during the corresponding period. Although about 52 percent of the UK’s exports to the European Union were from the service sector, leading to a trade surplus of £28 billion, the country’s trade in goods with the EU amounted to a deficit of £95 billion, bringing the overall trade deficit to £67 billion.

In the event of a no-deal coming into play, the hard border would significantly change the trading relationship between Britain and the European Union, not only threatening businesses but impacting households as a weak currency would cause prices of everything from basic goods to fuel at the pumps to skyrocket. The Confederation of British Industry (CBI) estimates that in the event of a no-deal, about 90 percent of the UK’s goods exports to the EU would face average tariffs of about 4.3 percent, while imports from the EU would be taxed at the rate of 5.7 percent at Britain’s border. The CBI also states that while tariffs are likely to impact smaller firms, regulated industries such as food, chemicals, aerospace and automobiles would bear the brunt due to new rules governing safety and quality standards. Added to that, the number of customs declarations processed by UK authorities is expected to jump from about 55 million a year to 260 million, not to mention the new border systems that would need to be set up, which according to reports may not be ready in time.

The pound sterling dropped more than 1.3 percent at the start of the third week of July to settle at $1.2406 against the US dollar on Tuesday, July 16, the lowest level since April 3, 2017—excluding the flash crash on January 3, 2019, when it tumbled to $1.2373. Against the euro, the pound sterling slid close to 0.80 percent during the corresponding period to settle at 1.1067, its lowest level since January 11 of this year.

As markets price in the higher probability of a no-deal Brexit, the GBPUSD pair could slump to as low as $1.15, according to Capital Economics, pushing inflation higher as imports become more expensive. On the other hand, a weaker pound sterling could benefit exporters as earnings in foreign currencies mean higher profits, which is one of the reasons why the current crisis has not impacted UK stock markets. However, if the United Kingdom leaves the European Union with a deal, the pound sterling is expected to soar to $1.40 within a couple of years, based on a report by Capital Economics.

The GBPEUR pair, meanwhile, is said to have broken below key chart supports at 1.1100 and could be headed to 1.0970. According to cross-asset strategist Robin Wilkin of Lloyds Bank, a “clear break and close” below 1.0970 would push the cross-currency into new bear territory.

In spite of the UK economy not doing too badly at the moment, the pound sterling is clearly vulnerable against the backdrop of the current political environment, and the Brexit outcome will be the biggest driving factor for Britain’s currency.