US Dollar Inches Higher versus the Majors Ahead of Fed Meeting

Central banks from the eurozone, United Kingdom and United States line up for their last monetary-policy committee meetings of this year.

The US dollar is edging higher versus its key counterparts in December, as central banks from the UK, US and eurozone meet separately to take stock of the performance of their respective economies and announce their monetary-policy verdicts for the last time this year. The Bank of Japan, meanwhile, is scheduled to announce its monetary-policy decision in the latter half of the month. The Bank of Canada and the Reserve Bank of Australia left key interest rates unchanged at 1.5 percent and 1.0 percent respectively following their monetary-policy meetings earlier in December. The lag in the housing market, rising household debt, slow growth in wages and consumer inflation continue to remain a concern, especially in Australia. In addition, the geopolitical uncertainty in the Middle East and East Asia coupled with the indecision in trade agreements in North America and Europe are forcing the central banks of these two countries to remain cautious and put off any rate hikes in the near future. 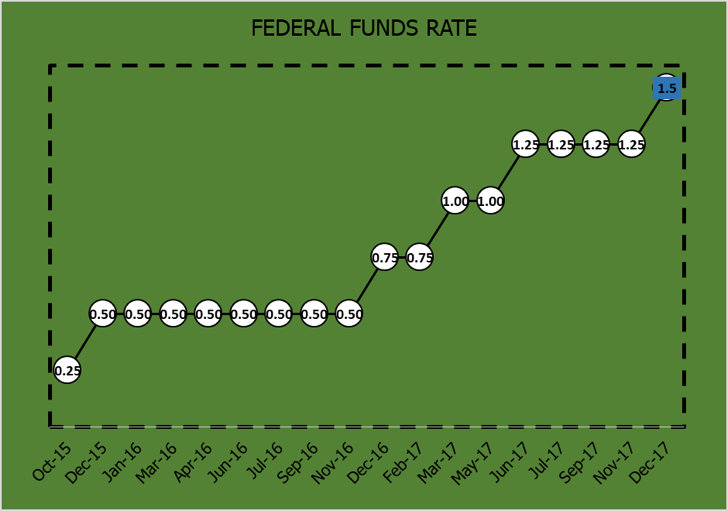 Economic data from almost all of the major global economies have been robust for a large part of this year, with the US and Canadian economies outperforming most of their peers. A quick look at the US economic releases earlier this month disclosed that manufacturing PMI (Purchasing Managers’ Index) in the US edged down to 58.2 in November from 58.7 the month before, as factory activity eased for the second straight month on the back of a decline in supplier deliveries and inventories; while the non-manufacturing PMI slipped to 57.4 from 60.1, led by a fall in supplier deliveries, new orders, employment and order backlogs. Factory orders were down 0.1 percent in October from 1.7 percent the previous month, the first decline in three months but better than the anticipated -0.4-percent fall. However, excluding transportation, new orders rose 0.8 percent from 1.1 percent in September. Non-farm payrolls, on the other hand, continued to rise, with the November figures up by 228,000 on the back of the private sector adding 221,000 jobs, to leave the unemployment rate steady at 4.1 percent, the lowest since February 2001.

The greenback reversed some of its losses this month after a rough year against most of the major global currencies, especially the Canadian dollar and the Japanese yen; the US currency looks set to end the second consecutive year in the red. Against the pound sterling and the euro, the dollar is down close to 8 percent and about 11 percent correspondingly for the year. The US Dollar Index, meanwhile, is on course to end the year in the negative, for the first time in five years. The leading benchmark that derives the international value of the US currency and is traded on the Finex is currently down by more than 8 percent, year-to-date. The index, which hit highs of 103.81 in January of this year, dropped close to 10 percent to settle at 93.87 on December 8. The index looks to have formed a near–term bottom around the 92.00 level and could oscillate between that and 96.00 for the rest of the year.

With the outcomes of the monetary-policy committee (MPC) meetings of the Bank of Canada and the Reserve Bank of Australia out of the way, and the European Central Bank along with the Bank of England and the Bank of Japan unlikely to tamper with their existing rates, markets will be keenly watching the policy statements from the US central bank as it lays out its plans for the forthcoming year and looks past the current Fed chair, Janet Yellen, who is expected to demit office in February.

The Fed has already prepared the markets for a 25-basis-point rate hike, and the strong economic numbers from the US earlier this month, especially payroll data, have only increased the odds. Will the central bank deviate from its plan and positively surprise the Street? It very well could.

Bank of Canada Hits the Pause Button Again in December

After Conquering the Markets in 2017, Will the Bitcoin Frenzy Persist in 2018?!