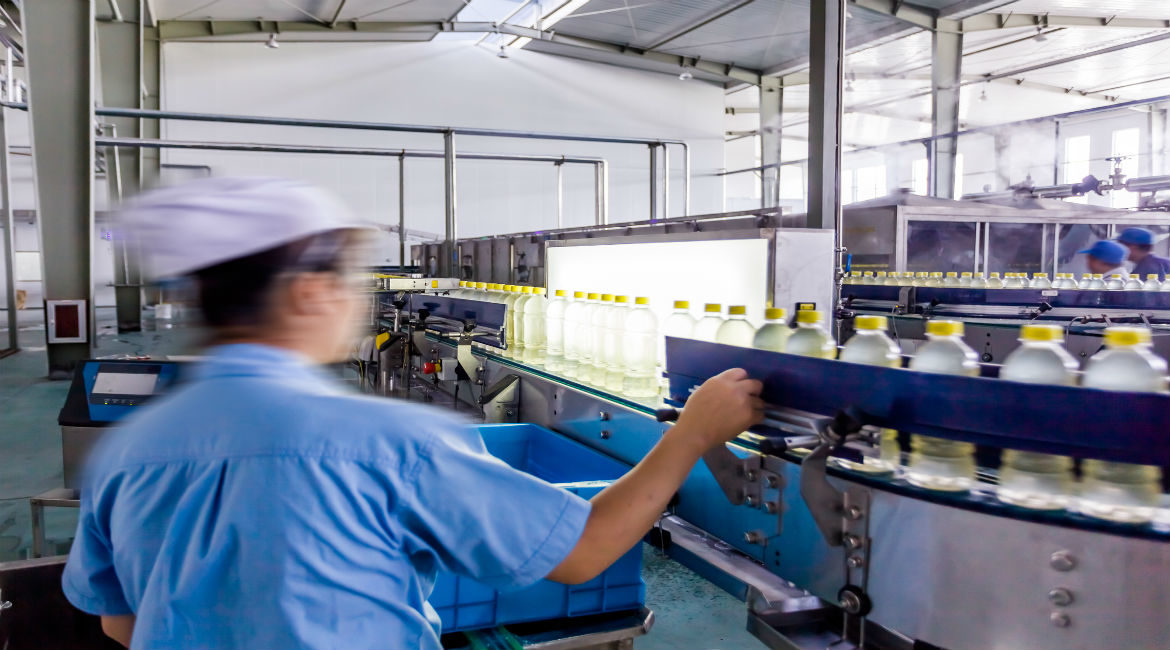 Manufacturing PMI slides to the lowest level in almost three years amid drop in domestic demand.

China’s factory orders fell for the second month in a row, with the Caixin/Markit Purchasing Managers Index (PMI) indicating further contraction in the country’s manufacturing activity in January. The Manufacturing PMI dropped to 48.3 in January from 49.7 the previous month, missing market estimates of 49.5 and recording the lowest reading since February 2016. On the other hand, China’s official Manufacturing PMI figures for January edged up to 49.5 from 49.4 in December on the back of higher production.

The contraction was largely led by declines in new orders, output and employment growth, with both input and output costs slipping moderately. However, exports bucked the trend amid progress in the ongoing US-China trade talks, with some companies anticipating expanding their businesses and launching new products.

The Caixin Manufacturing Purchasing Managers Index (PMI) is a monthly indicator derived from the performance survey of more than 400 private companies in the Chinese manufacturing sector. The index is broadly based on five individual indices: New Orders, Output, Employment, Suppliers’ Delivery Times and Stock of Items Purchased, with weights ranging from 30 percent for New Orders to 10 percent for Stock of Items Purchased. A reading of 50 indicates no change in manufacturing activity from the previous month, while a reading above 50 points to expansion, and a number below 50 illustrates contraction in the manufacturing sector respectively.

Coming to the breakup of the performance of the sub-indices, the index for new orders slipped further into contractionary territory along with the output index, which was dragged lower due to softer domestic demand, while the employment index rose moderately, although it continued to remain below 50. Likewise, the index for the stock of finished goods slid into the negative zone, along with the stock of purchased goods, indicating manufacturers were cutting down on inventory. The subindex representing suppliers’ delivery times also dropped below 50, signifying pressure on capital turnover. The only consolation was the gauge for new export orders, which jumped above the dividing line to the highest since March 2018.

Earlier in January, the National Bureau of Statistics of China reported that the country expanded at 1.5 percent in fourth-quarter 2018, the weakest pace since the first quarter of 2018, amid falling domestic demand and the ongoing trade dispute with the United States. The gross domestic product (GDP) numbers for full-year 2018 were even worse, with the economy expanding at 6.6 percent, the slowest since 1990.

The substantial drop in GDP growth on the back of a slump in domestic demand can be mostly characterised by two factors:

1. Trade conflict between the United States and China, following the Trump Administration’s decision to charge import tariff on Chinese goods.

Currently, more than $200 billion worth of exports from China, ranging from consumer to industrial goods, face 10-percent import duties at the US border. While the two sides are engaged in hectic trade negotiations and have agreed to complete a mutually favourable deal by March 1, experts are sceptical about the outcome of the talks. Some analysts also maintain that the current conflict has little to do with the imbalance in bilateral trade and was effected with the aim of punishing China for stealing US technology; all said and done, there’s a rather dismal outlook to the conflict at the moment.

2. The massive crackdown by the Chinese Government on rising debt levels and risky lending practices.

The Xi Jinping Government in China has come down severely on rising debt levels in the country for the last three years, leading to a gradual fall in household demand for goods and services across sectors. Non-financial-sector debt that includes household, corporate and government debt has skyrocketed from about 160 percent in 2008 to nearly 280 percent of economic output in 2016, almost matching the debt levels in the US, which is around 300 percent. However, the key concern is the debt raised by local governments to invest in infrastructure projects, which are generally hidden from balance sheets to avoid lending limits enforced by central authorities. With huge amounts of debt, presumably in the range of $10-12 trillion, accumulated by the local bodies through local government financing vehicles (LGFVs), analysts predict the risk of default on these loans to be rising by the day and could lead to a cascading effect on the broader global economy.

With the Chinese economy stuttering, Beijing is planning to lower its growth rate to 6.0-6.5 percent in 2019, after the economy expanded at 6.6 percent in 2018—the slowest pace in 28 years. To support the slowing economy, the country has already announced a few initiatives and is on the verge of announcing a slew of economic and monetary-policy measures that include lowering reserves of commercial banks to spur lending, tax cuts to reduce the burden and boost business activity in the manufacturing sector, which has suffered the most in the ongoing bilateral trade dispute with the US, in addition to speeding up investments in infrastructure projects.

In mid-January 2019, China’s central bank pumped in $83 billion in liquidity as part of a wider economic-stimulus package. The record liquidity provided in a single day followed the central bank intervening earlier in the month to cut the reserve requirements of commercial banks by $116 billion, even as eight of twelve Chinese provinces reduced growth forecasts for 2019. In addition, the finance ministry recently announced cutting value-added taxes (VAT) for some companies in the manufacturing sector and offering rebates to small businesses, although the details of the stimulus are yet to be totally unveiled.

With China continuing to remain deadlocked in bilateral trade talks with the United States, the stimulus package couldn’t have come at a better time and should be enough to jumpstart the economy in the near-term, inspite of having potential side effects.