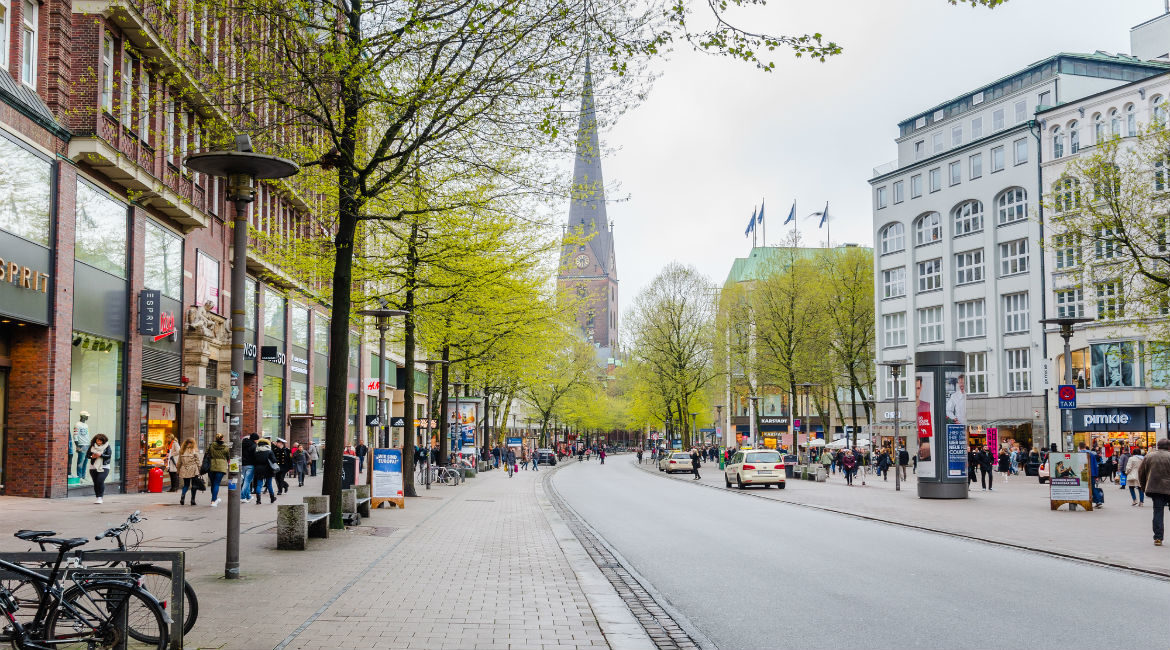 Germany’s seasonally adjusted retail-sales figure surged 3.3 percent month-on-month in January to its highest level since October 2016, rebounding sharply from a downwardly revised -3.1 percent in December, according to the Federal Statistical Office of Germany. The spike in the January retail-sales number took analysts by surprise, beating Street expectations by a margin of more than one percent, after the sales figure had slumped at its fastest rate in 11 years just a month earlier. In real terms, sales rose 2.6 percent in January compared to the same month last year, again rebounding from a 1.6-percent fall in December and beating expectations, with consensus on FactSet projecting a rise of 2.2 percent.

Germany’s retail-sales figure is the primary indicator of consumer spending, since it measures the inflation-adjusted value of retail goods and services sold during a specific period, with the exception of automobiles and gasoline. The figure is seasonal and volatile, and it is considered to be one of the key indicators to measure economic activity. The year-on-year figure compares aggregate sales during a certain month to the same period in the previous year.

The sharp rise in the retail-sales number comes as a major respite, assuming significance especially after Germany almost fell into a recession for the first time in six years. The country’s fourth-quarter 2018 gross domestic product (GDP) growth came in at 0.1 percent in annualized terms after contracting 0.2 percent in the three months to September 2018. Led by a rise in government spending, fixed-capital formation and household consumption, the country’s growth numbers were just enough to overcome the negative effects of changes in inventory and net external demand. The fourth-quarter 2018 GDP data, which was released only a couple of weeks prior to when retail-sales numbers began trickling in, highlights the plight of Europe’s largest economy in the second half of last year following a sharp drop in the export of goods to the United States, the United Kingdom and China, with the future outlook indicating weak demand for the country’s exports, especially from the automobile sector. In addition, the ongoing political unrest in France and Italy and the prospect of a disorderly divorce with the UK have already pushed the European Commission (EC) to lower its growth outlook for Germany and most of the other major economies in the eurozone.

Backed by the German retail-sales figure, the eurozone’s retail trade jumped 1.3 percent month-on-month in January after a downwardly revised -1.4 percent in December. The combined sales numbers of the 19-nation eurozone countries registered the largest increase since November 2017 and beat Street expectations of a 1.2-percent gain. Year-on-year, retail trade in the euro area rose 2.2 percent in January, following a dismal 0.3-percent growth in December.

According to market experts, the rebound in Germany’s retail sales may not be sustainable. Historically, whenever the country’s retail-sales figure slithered, the rebound was sharp, as seen in the seasonally adjusted sales numbers in June and October of last year, which more than doubled in the month following a slump.

Last week, the European Central Bank (ECB) cut the region’s growth projections for 2019 to 1.1 percent from 1.7 percent and indicated that it may not tinker with interest rates for the rest of the year to counter the threat of recession. The central bank also agreed to ease its lending policy by offering cheap loans through a mechanism called targeted longer-term refinancing operations (TLTROs) to troubled banks in the region desperately in need of funds. The stimulus will effectively take shape in September of this year and run until March 2021. The lending package will assist banks roll over ECB loans to the tune of €720 billion and ward off a credit squeeze in the face of the current slowdown. The stimulus will also make it easier for businesses to borrow money from banks and invest, boosting economic growth.

The central bank’s incentive could be just enough to kick-start growth in the region, although there is an equal chance of the eurozone economy slipping into recession, which would be the first one since 2009.