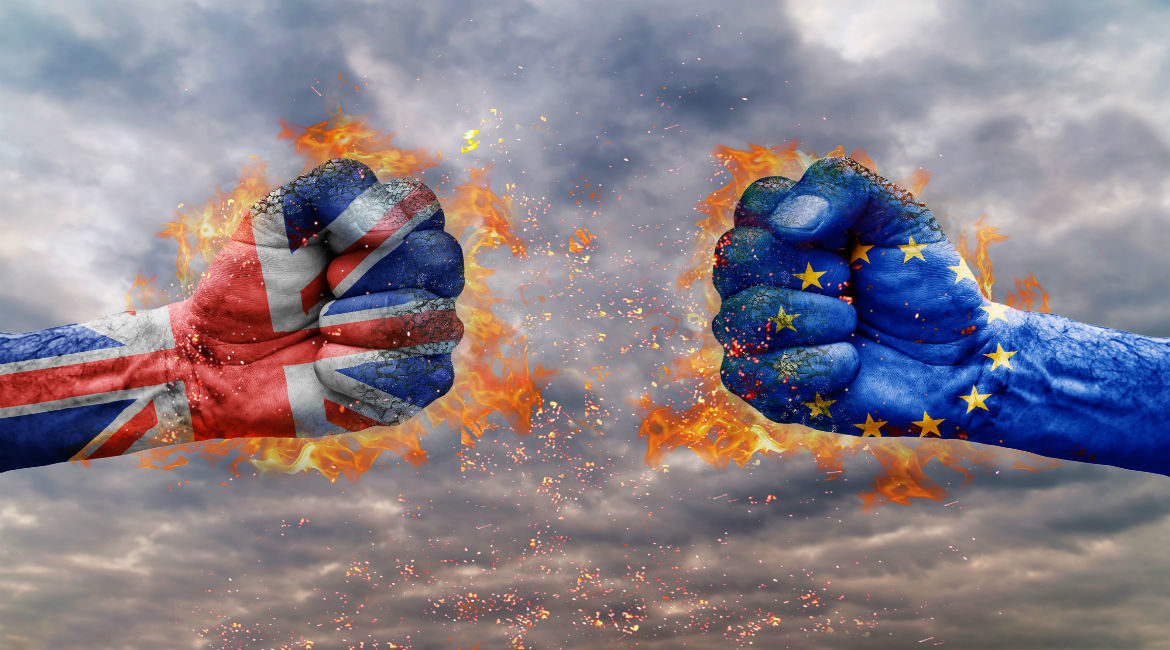 The pound sterling rebounded from its April 2017 low after the Brexit deal of Prime Minister Theresa May’s Conservative Party was defeated by a record margin of 230 votes in the House of Commons on January 3 of this year. The GBP/USD pair slid to 1.2438 before rebounding to end the session at 1.2633, close to the day’s high of 1.2651. Likewise, Britain’s official currency crashed to 1.0945 versus the euro, the steepest fall since September 2017, as panicky traders sold off the pound sterling as news of the defeat trickled out. But the pound reversed most of its losses to end the day at 1.1086, slightly below the opening tick for the day, and continued to edge higher versus most of the majors as Prime Minister May prepared to hold a second vote later in January.

Coming to the Brexit vote itself, after months of negotiations, the Brexit deal was finally put to a vote in the British Parliament, where it was overwhelmingly rejected by politicians across party lines. The prime minister’s agreement with the European Union (EU) suffered a crushing defeat after just 202 members voted in favour of the deal and 432 against it.

Although there were prior indications that the deal would not get a clear majority in the House of Commons in its current form, the vote had to pass through the Parliament at some stage after being put off once earlier. The crushing defeat came as a large group of colleagues from May’s Conservative Party were openly against the plan; adding insult to injury was the embarrassing “no confidence” motion that the prime minister was forced to endure 24 hours later, when Labour Party hardliner Jeremy Corbyn tabled it following the Conservative Party’s Brexit setback. After winning the no confidence motion by a narrow 19 votes, Theresa May immediately invited leaders from all parties to the negotiating table to find a solution that is acceptable to all. However, with Ms. May unwilling to yield to opposition calls to remove the option of a “no deal Brexit”, a key condition for talks by the opposition, the stalemate could continue even as the Conservative Party hopes to garner additional support for the next Brexit vote due on January 29.

Key sticking points to the deal!

The United Kingdom’s Brexit deal with the European Union was approved in November of last year, with the agreement composed of two parts—the first is a withdrawal agreement that relates to specifics about UK’s exit from the Union, and the second is a political declaration on the future framework between the UK and the EU.

Although the deal was successfully passed by the leaders of the 27 member states of the EU excluding the UK on November 25, 2018, the other signatories to the “in principle” agreement include the UK Cabinet and the Parliament. While the Cabinet accepted the deal, it still remains deadlocked as it failed to garner the required numbers in the House of Commons. The key sticking points to the UK-EU agreement come from both its “Withdrawal Agreement” and “Future Framework”.

Following are some of the main areas of disagreement to the Brexit deal in the UK:

After the rejection of the Brexit deal, the UK’s prime minister is frantically trying to win over Members of Parliament by holding cross-party talks and trying to reform the existing deal, even as those opposing a no-deal Brexit are proposing alternate plans, including extending the UK’s exit date. As the UK Parliament readies for the second Brexit vote, which is expected to take place on January 29, the opposition is backing rebels from May’s Conservative Party for an amendment to prevent a no-deal Brexit.

With the March 29 deadline fast approaching, the likelihood of the UK leaving the EU under the current terms of the Brexit deal is a definite “NO”. As leaders from the European Union ponder giving an extension to May to garner the required support that she needs, businesses from both sides of the border reluctantly brace for more months of uncertainty.