Will Italy Go the UK Way After the Recent Elections? Where Does That Leave the Eurozone? 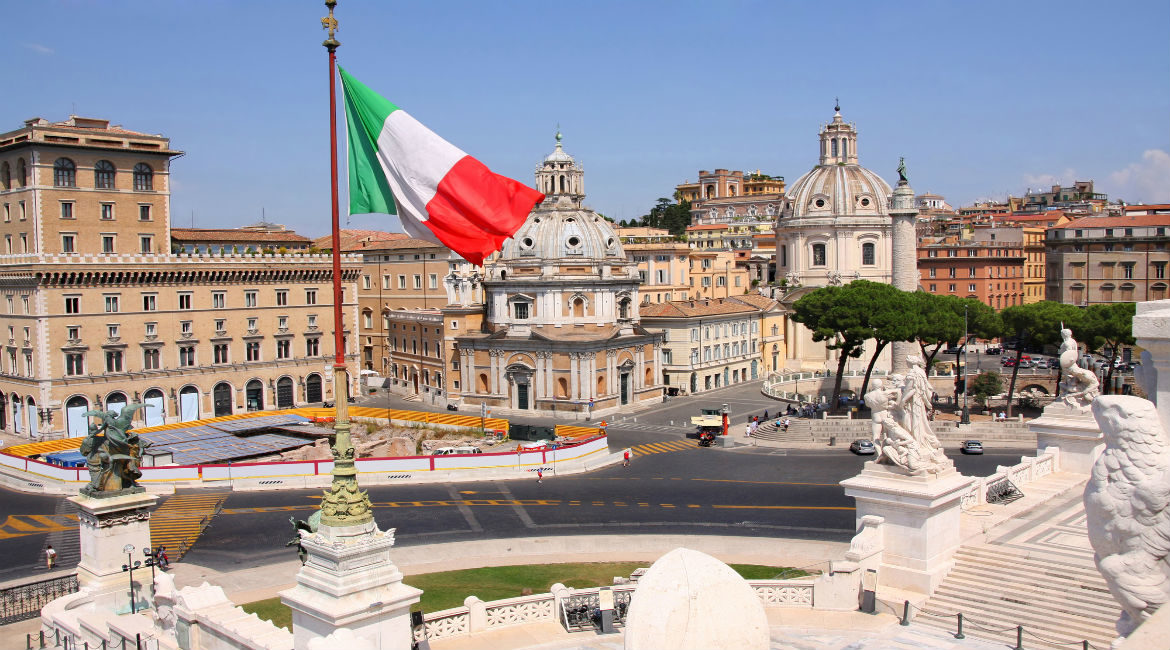 The 2018 Italian election is proving to be a hard battle between the center-right bloc and the Five Star Movement (M5S), a Euro-skeptic party. As the outcome of the March election shows, the fight is evident as the vote split the country in half. What does this mean for the eurozone? What are the chances of an Italexit, and what would its impact be on the European Union (EU)?

With the falling out of Britain from the eurozone, Euro-skeptics have gained popularity; and the anti-EU sentiment is at its peak, more so than in any of the past Italian elections since the country—along with West Germany, France, Belgium, the Netherlands and Luxembourg—established the European Economic Community (EEC) in 1957, which eventually led to the formation of the European Union in 1993.

Firstly, the outcome of the Italian elections led to a hung Parliament, with none of the parties having a clear majority. The M5S firmly controls Southern Italy, after having won by a majority. The center-right, on the other hand, which is managed by former Prime Minister Silvio Berlusconi, did well in the north, while three regions seceded to the center-left of former Prime Minister Matteo Renzi. The results show Europhiles are retreating in Italy.

To form the majority government, the M5S needs to secure only 40 percent of the vote. This is seen as a huge victory for the anti-establishment. Italy is the third largest country in the eurozone, and the victory of the anti-Euro establishment is being likened to the Brexit and Trump victories. While the Five Star Movement is the biggest Parliamentary party, the center-right bloc has gained the highest percentage of votes as a group.

Lega Nord (LN) and the Five Star Movement are not the only ones leading the charge. Berlusconi’s Forza Italia is also in the running and is equally anti-establishment, so to say. The Italian vote is clearly pointing to a consensus that structural changes are not enough for the country’s economy growth. Italians are showing a growing awareness of the negative impact of the eurozone. Recent studies have shown that 51 percent of Italians are in favor of an Italexit—with younger citizens voicing their concerns openly.

Not only is Italy the third largest member of the eurozone, it is also one of the six founding members of the bloc. However, the country is in chaos, both politically and economically, with a major source of unease being the escalation of national debt. In addition, concerns over mass immigration and unemployment have further raised hackles with the outcome of the elections set to create a gridlock. With an estimated 30 percent of total votes, the M5S is becoming a major pointer and the sign of things to come.

Positives and negatives from the outcome of the Italian elections

Looking at the positives, the Euro-skeptic coalition could offer protectionism and support for Italy’s crumbling economy. On the negative side, the EU could be facing a big problem in the event of Italexit with neo-fascist rhetoric and anti-migrant violence being the other fallouts.

Led by Luigi Di Maio, the Five Star Movement has fed off disenchantment with corruption, job loss and economic hardship. The vote share of the party, which was a meagre 4 percent in 2013, has increased its influence to become the largest single party in 2018. With the rise of right-wing nationalism in Italy, the collapse of centre-left parties is certain as social exclusion rises and inequalities widen. The Five Star Movement’s victory is a reflection of corruption and incompetence of the past heads of state leading the country.

Two European elections—the German and the Italian—are warning signals that Europe is drifting apart. Although the M5S and LN are firmly denying an Italexit, the truth is very different. The deepening of divisions centered on the euro has divided the EU. The voice against Europhilia expressed itself in referendums on the European Constitutional Treaty in 2005. Studies show M5S candidates scored wins and higher vote share in areas in which unemployment was on the rise.

Since Italy entered the EU in 1999, it has been facing economic stagnation. With falling economic productivity came loss of global competitiveness and the resulting unemployment. The global financial crisis in 2008-09 and the continuing eurozone crisis further compounded its political and economic upheavals.

Intra-EU trade accounts for 56 percent of Italian exports, with Germany at 13 percent, France at 11 percent and Spain and the United Kingdom at 5 percent apiece. As far as imports are concerned, 61 percent of the country’s imports are from EU member states, with Germany at 16 percent, France at 9 percent and the Netherlands at 6 percent. Italy represents the Union on several EU councils as well. Unfortunately, the eurozone budget does not aim to redistribute wealth but focuses on the needs of the EU as a whole. Total EU spending on Italy is around £11.592 billion, while total spending as a percentage of the country’s GNI (gross national income) is 0.69 percent. Italian contribution to the EU’s budget was 0.83 percent of GNI.

In 2017, Italy’s debt-to-GDP ratio was at 131.50 percent, the heaviest public debt after Greece. Considering that the Italian economy has signed the Treaty of Rome, the impact on the EU economy would be strongly felt if Euro hostility continues unabated.

Lorenzo Codogno, the minister of Italy’s Ministry of Economy and Finances and the former director general of the Treasury Department, thinks there would be a “storm in the markets” if Italy exits from the European Union. Analysis shows that Italy, the third largest economy in the euro area and one of the founding members of the bloc, is going to impact the very existence of the European Union and the single currency if it decides to leave the trading bloc. The United Kingdom may have the pound, but Italy uses the euro, and its exit will thwart the survival of the single currency. But with a failing banking system and a bleak future, perhaps there is no other way for Italy.