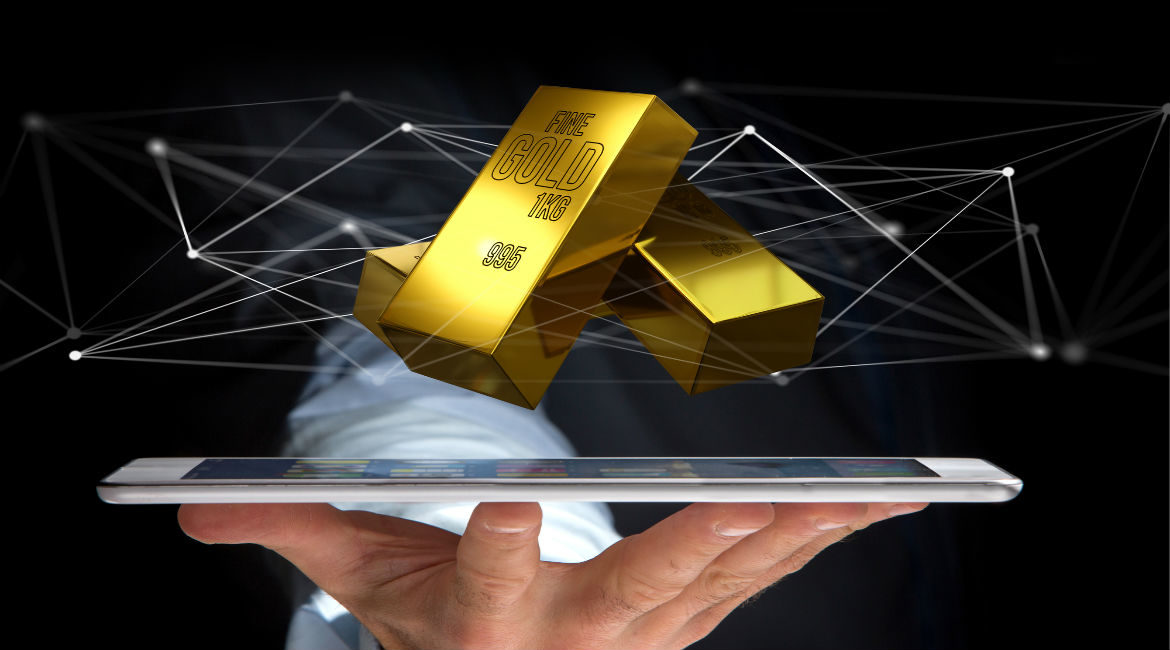 Spot gold continues to trade above $1,200 as trade tensions take a backseat.

Gold prices continued to edge up in the second half of September, even as markets digested the news of the latest tit-for-tat trade tariffs between the United States and China. While spot gold continued to hover around the $1,200-per-ounce mark and was seen trading in the $1,190-1,210 range for most of September, the precious metal staged a comeback of close to 4 percent after testing last year’s January lows just a month earlier.  But for the year, gold prices are still down by about 8 percent in the first eight months, after settling close to $1,302 in 2017. Prices peaked upwards of $1,360 towards the end of January of this year, the highest for the year so far, before investor interest shifted back to equities, pushing most of the major global equity markets to fresh peaks in February. However, the global stock-market correction that followed for the next couple of months was seen as a bullish indicator for the precious metal; although gold prices failed to take out the January highs before slumping to 18-month lows, after the US government surprised markets by imposing import tariffs on steel and aluminium products across the board.

As for the fundamentals of gold, global demand for the precious metal was down 4 percent in the second quarter of this year compared to the same period in 2017, according to the UK-based World Gold Council. The fall in demand was mainly led by a slowdown in ETF (exchange-traded fund) inflows, down 46 percentyear-on-year, and a 7-percent drop in central bank purchases—even as jewellery demand and investments in gold bars and coins were mostly unchanged during the corresponding period. However, central banks upped their gold reserves by a whopping 8 percentin the first six months of this year compared to the same period last year, driving first-half purchases to their highest level since 2015 and accounting for around 10 percentof the total demand for gold.

China retained the number-one spot as the world’s largest gold market, with the country seeing a 7-percent rise in consumer demand for gold products, leading to a 11-percent growth in the sales of bars and coins, with demand for jewellery rising to a three-year high.

On the supply side, second-quarter 2018 saw the largest recorded increase in gold supply—with 3-percent year-on-year growth—as Russia, Indonesia and Canada ramped up double-digit production, more than offsetting the 5-percent decline in China, the world’s largest producer, and 8-percent year-on-year fall in the production of the precious metal in the United States. For the first half of this year, mine production grew by 4 percent, in spite of prices dropping by about 4 percent during a similar period.

Earlier this month, the United States levied additional tariffs on Chinese imports worth $200 billion, although the size of the tariff was scaled down to 10 percentfrom the 25 percent imposed earlier. China, likewise, retaliated by introducing tariffs on $60 billion worth of US imports, leaving the door open for talks in a face-saving exercise, especially at a time when the US is due for mid-term polls. The positive market sentiment is driving gold prices higher as investors eagerly anticipate the end game of the US-China trade conflict. Even so, market experts expect gold prices to benefit if the trade war heats up, as it is likely to lead to a disruption in global economic growth, triggering safe-haven investments in the precious metal.

The US dollar, meanwhile, gave up some of its gains recorded immediately following the currency crisis in Turkey and other emerging markets. However, analysts expect gold to remain under $1,210 for some time, unless the greenback reverses some of its recently accumulated advances versus emerging-market currencies and the euro.

Gold continues to remain at levels last seen in December 2009, when investors flocked to the precious metal following the global financial crisis, pushing the yellow metal to all-time highs of $1,921 a couple of years later. But, it’s been a one-way ride since then, with prices slumping more than 35 percent from those highs—as governments across the world switched to quantitative easing to pump liquidity into the system; and, coupled with falling interest rates, global equities, which had dropped significantly following the crisis along with bond markets, became the obvious choice for investors.

Analysts are mixed in their views when it comes to disclosing their future outlook for gold. However, most of them have reached a common ground when it comes to agreeing that gold is building a base and is waiting for a catalyst to spike it, although the so-called base varies as widely as $1,000 to $1,200 per ounce. Many of them also expect that the catalyst could come in the form of the US Federal Reserve continuing to aggressively tighten its interest-rate policy, along with holding its view on its future monetary policy and neutral interest rates in the US.

Jim Rogers, the chairman of Rogers Holdings and a famed investor, recently told Kitco News that although he holds physical gold, he is not buying more of the precious metal until prices drop below $1,000 per troy ounce. He does, however, expect gold to become an overpriced asset that could eventually turn into a bubble. In a recent research report, Goldman Sachs published their price forecast for the precious metal in which they expected gold prices to trade around $1,250 over the next three months, with the one-year target pegged at $1,325. Although the price forecast is $100 lower from the investment bank’s earlier outlook, the bank formed its projections citing the current investment environment to be exactly similar to the one in the late 1990s.

On the charts, near-term supports for spot gold are likely to come in at around the $1,180-per-troy-ounce mark, while on the upside, prices should settle above $1,225 for a meaningful rally to get underway.