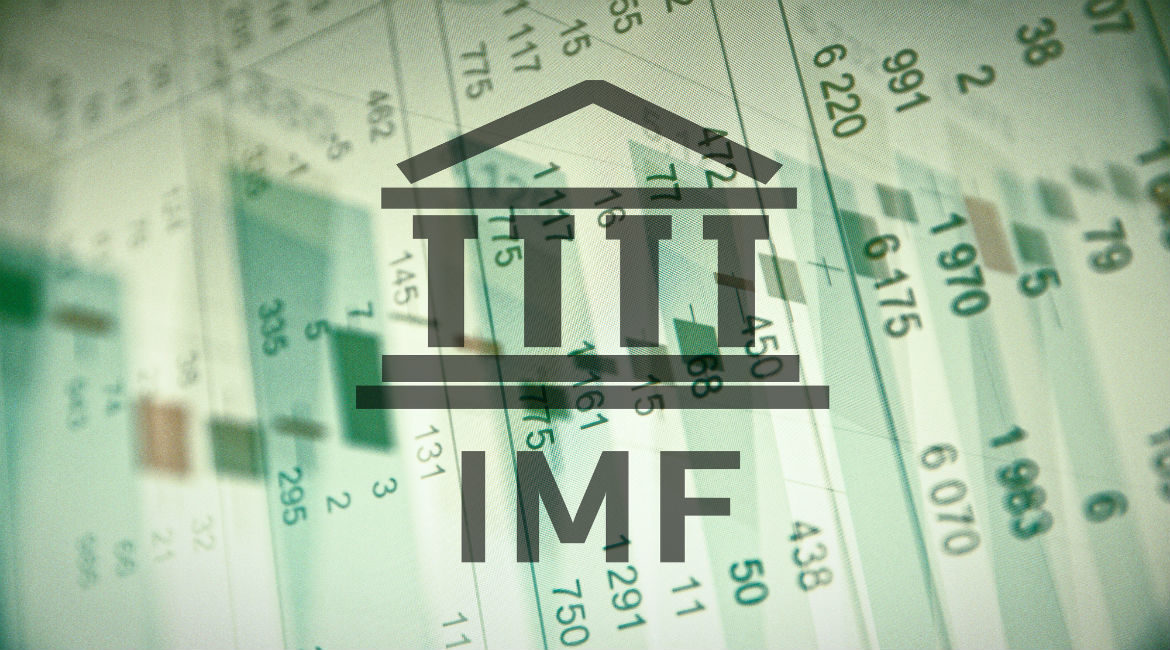 The International Monetary Fund (IMF) recently published its forecast for global economic growth, also referred to as the “World Economic Outlook” (WEO), in which the international body downsized its global growth outlook for 2018-19. In its October publication, the global organization, composed of 189 member countries, projected global growth for 2018 and 2019 to come in at 3.7 percent, lowering its April outlook by 0.2 percentage points amid what it believed were rising downside risks to growth arising from policy uncertainties. The downward revision also put the brakes on the robust growth seen across most major economies in 2017 and earlier this year, which helped lift employment and income before being suppressed by the negative effects of high oil prices, protectionism leading to trade barriers, rising inflation causing tighter financial conditions and the added effect of escalating geopolitical tensions.

The IMF’s Primary Commodity Prices Index jumped 3.3 percent between February and August of this year on the back of rising energy prices, with the energy sub-index climbing 11.1 percent. The surge was exacerbated by the collapse of oil production in Venezuela, falling Iranian exports due to US sanctions, outages in Canada and Libya—even as food and metal prices were down by 6.4 and 11.7 percent respectively. Coal prices, on the other hand, spiked due to tight supply from Australia and South Africa, while prices of liquefied natural gas (LNG) were at three-year highs following strong demand from China and India.

The IMF’s price index for agricultural products for the reference period between April and October, however, declined largely due to trade tensions. The commodity most affected was soybeans, with prices declining sharply following China’s retaliatory import tariffs on US goods.

Metal prices, too, dropped between February and August due to the protectionist policies of the United States, even as global markets were overwhelmed by high volatility as uncertainties in trade policies came to the fore. Aluminium prices jumped to seven-year highs in May on the back of a plan to sanction Russia’s aluminium giant Rusal, before sliding more than 10 percent in the following two months.

According to the IMF, high energy prices weighed on headline inflation in both developed and emerging economies. However, core inflation continued to remain within the central banks’ targets in most developed economies, although it had been slowly inching higher during the last few months, with the exception of the eurozone and Japan, where the core was at 1.0 and 0.3 percent correspondingly. In the emerging markets, core inflation in China and Russia were close to the 2-percent mark. Regulatory tightening in China dented domestic demand, while low exchange rates and tight monetary policy in Russia led to core inflation slipping this year. In Brazil and Mexico, core inflation was kept in check at 2.5 to 3.5 percent, while in India, core inflation jumped to 6.0 percent following high energy prices and a depreciating currency.

The report stated that financial conditions tightened moderately in the last six months, with the growth differential between the United States and the other advanced economies widening. In addition, the monetary-policy stance and long-term yields led to the strengthening of the US dollar since April of this year. While the US Federal Reserve has been on a rate-hiking cycle, the European Central Bank’s (ECB’s) asset-purchase program is expected to continue at least until the end of this year, with interest rates in the region likely to remain at current levels through the summer of 2019. The Bank of Canada and the Bank of England effected their first rate hikes in August of this year, while the Bank of Japan is keen to maintain an ultra-low policy stance. These diverse policy initiatives were reflected in long-term bond yields—with the 10-year US treasury yield at 3.0 percent as of mid-September, while the 10-year German bunds placed at 0.45 percent and the UK “gilts” (gilt-edged securities) traded at 1.5 percent.

The IMF also forecasted monetary-policy stances to diverge going forward, with the target for the US federal funds rate expected to increase to 2.5 percent by the end of this year and 3.5 percent by the end of 2019 (a total of eight rate hikes this year and next) before slipping to 2.9 percent in 2022. Policy rates in the eurozone were forecast to remain in the negative territory until mid-2019, while in Japan the rates were projected to hold out close to zero.

On the currency front, in real effective terms, the US dollar gained about 61.2 percent since February on the back of widening interest rates and expected growth differentials. Although the euro, pound sterling and yen depreciated versus the greenback, in real effective terms they were mostly unchanged—which brings the focus to emerging-market currencies that have come under tremendous pressure this year. Key among them is the Argentine peso, which lost about 40 percent of its value since February, in spite of a 2,000-basis point hike in short-term interest rates. Likewise, the Turkish lira slid close to 30 percent in real effective terms since February, triggered by weak fundamentals and political tensions with the United States. The intervention by the central bank to stem the fall led to lowering reserve requirements, raising foreign-exchange (forex) liquidity, cutting down on cross-currency swaps and forward transactions by banks, and raising benchmark interest rates by 625 basis points in early September. Central banks in other emerging markets such as India, Indonesia, the Philippines and Mexico also raised policy rates to combat rising inflation and weaker domestic currencies, leading to rising long-term yields and widening of sovereign spreads.

Currency fluctuations reflect the fundamentals of a country and perceptions of future policies, which is why there have been wide variations in currency movements. While the Brazilian real and the South African rand depreciated about 14 percent from February to September of this year, the Chinese renminbi dropped close to 3.5 percent. The Mexican peso, meanwhile, advanced more than 3.5 percent following the new trade agreement with the US in August.

Finally, the IMF’s outlook for growth in advanced economies was projected to peak at 2.4 percent this year before slipping to 2.1 percent next year and 1.7 percent in 2020; while average growth in developing countries was expected to remain steady at 4.7 percent in 2018-19, with expectations of modest expansion in the medium-term—India and China being the key drivers of growth.